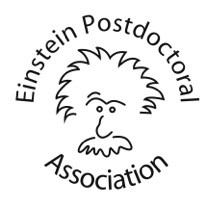 The Einstein Postdoctoral Association (EPA) was founded in 1996 as one of the first Postdoc Associations in the United States.

To learn more about the creation of the Einstein Postdoc Association, read the article published in 2012 in the Post Doc Journal.

Here is the pdf version: EPA_HISTORY.pdf

The EPA would like to thank all the previous co-chairs and members who voluntarily gave their time to improve the quality of life of their fellows at Einstein.